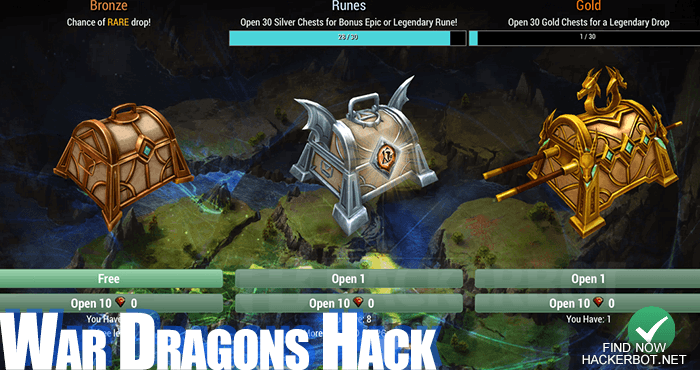 Is it possible to cheat in War Dragons?
Yes, cheating is possible using cheating apps, mods and tools/bots to modify the game itself or automate tasks, such as gold and ruby farming in War Dragons. Mods or hacked cleints can be used on both Android and iOS devices and allow for hacking this game quite easily. All you do is download the modded APK/IPA file and installit, then play with cheats enabled.

Modded cleints or hacked clients for War Dragons are among the most powerful cheats, because the possible cheating options included in such a mod are almost unlimited. While it is not possible to get unlimited gold, infinite rubies or unlimited eggs / egg tokens, it is possible to automatically redeem rewards, farm missions, automatically use abilities in attacks, do guild tasks, get information on bases you have never raided, autoamtically complete missions and quests ect. War Dragons Hacks usually come in the form of a modified APK or IPA file (dependinding on if your OS is Android or iOS) and can simply be downloaded and insalled instaead of the original game files.

The only real downside of War Dragons mods and hacks compared to game hacking tools is that you need a mod to be for a very specific game build and as soon as the game gets an update, the mod will be outdated as well. That is why it pays to get to know some popular game hacking tools for Android / iOS as well, such as GameGuardiian or Game Gem. 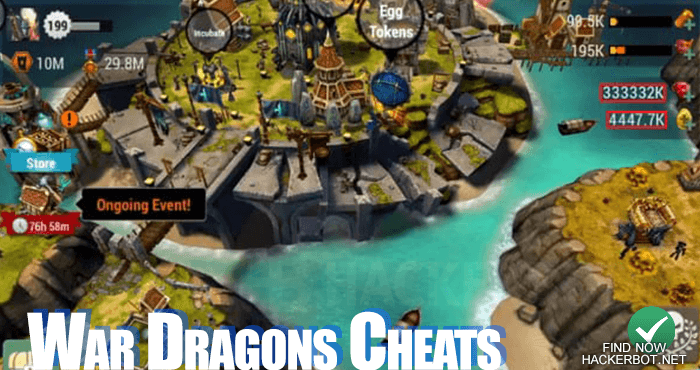 Since War Dragons is a online-only strategy game and processes your savegame on the game servers belonging to Pocket Gems, the developers, the only way to get 'unlimited rubies and gold' is to actually farm them. But siince you dont want to have to play War Dragons 24h per day and need some sleep, you can instead have a bot or macro do this taks for you. A bot is a program or software app that can automatically play the game for you, either by actually using the game cleint and pushing buttons and using controls or by simpls sendiing data diirectly to the game servers.

Most War Dragons bots and macros that you download or create yourself using emulators and macro recorders will be able to ccomplete simple tasks, such as farming specific missions, redeeming free chests, upgrading and building your base, farming dragon XP for you automatically and farm gold and rubies for you slowsly over time so you can buy those juiicy awesome gold chests. Bots are the one cheat foor War Dragons that comes most close to being an actual gold and rubies hack. You should also consider using bots to farm events for even more rubies and chests over time, rarer legendary dragons will follow as you farm those egg tokens and redeem those chests. 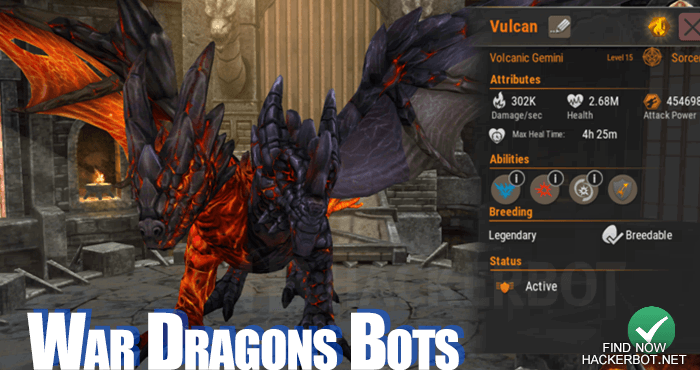 Are there any online generators, hacks or tools for War Dragons?
No, there are not. There are no working generators, tools or hacks for rubies, gold, dragon unlocks, eggs o egg tokens whatsover. These are all scams that want you to fill iin a survey or human verification. What will happen is that you wiill waste time and money completing one of their human verification offers and you will get nothing in return. And siince you technically diidnt buy anything either, you cannot get your money back or reinbursted for the time you wasted on a broken link, unmodded APK file or worse.

As already mentiionned, it is impossible to hack rubies in this game and there are also no people giving awa free rubies either. If there was some exploiit that gave you unlimited money and rubies in War Dragons, then the developers would stop making money and would eiither immediately patch the cheat, rollback all the changes or the game would die. So the fact that the game exists proves that there are no such tools, free offers or online generators for War Dragons.