Is it possible to cheat in Legacy of Discord: FuriousWings
Yes, cheating is possible using several different approaches: Hacked game files, such as modded APK files can allow you to enable speedhacks to seeped up the game, automatically farm missions, enhance weapons and armor, automatically spend all your stamina and quest for you to level up your character without you having to play the game. Bots can use used to do the same thing, collect daily rewards, auto farm gold and gems, auto PvP and automatically use abilities and attacks for you. – However, cheats for unlimited gems and gold in Legacy of Discord are almost impossible outside of very rare exploits and there are NO generators or trainers of any kind for infinite money or God Modes.

Hacked or modded game files can be used both on iOS and Android devices, as well as any other mobile device. They generally do not require a root and can make your game play faster, making farming incredibly easy and quick, they can auto collect daily rewards and chests, upgrade items, buy and sell items, farm missions for XP and gold, farm gems, auto use abilities to me more effective than auto play ect.

Legacy of Discord Generators for unlimited gems (diamonds) or gold and unlimited health do not exist, because this data is stored on the online servers belonging to GTarcade, the developers of the game, and cannot be accessed or written by anyone other than game admins. Unless you create a private or emulated game server, this kind of cheat is impossible. 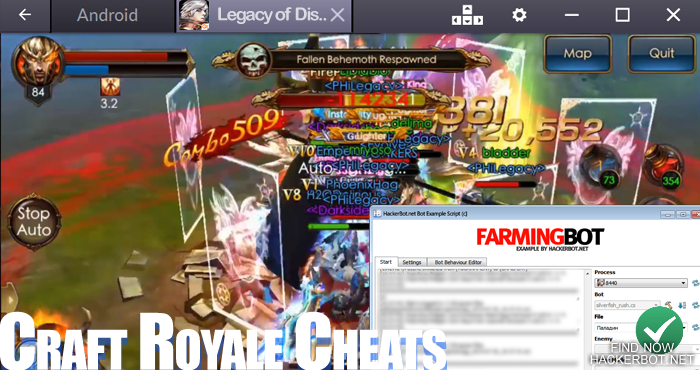 Bots are programs, scripts or macros that automatically perform ingame actions for you, such as farming missions, gold, gems and so on. Legacy of Discord Bots can be run either as an app on your mobile device or as a program or macro on your PC botting the game through an Android or iOS Emulator. The most popular kind of auto playing bot for LoD is to use a macro recorder to automatically farm missions by clicking into the mission, enabling autofight and then basically waiting until the mission is over and repeat.

While a robot can easily farm the game for you, you need to go for levels that you can facetank without dodging, since most bots are unable to read boss attacks and dodge tem successfully. Reading telegraphs is something bots generally do not do, which is also why you don’t want to use a script on PvP battles either. This kind of cheat works for all cleasse:; Sorceress, Blademaster, Berserker and at all leves before and after getting your wraithwings. 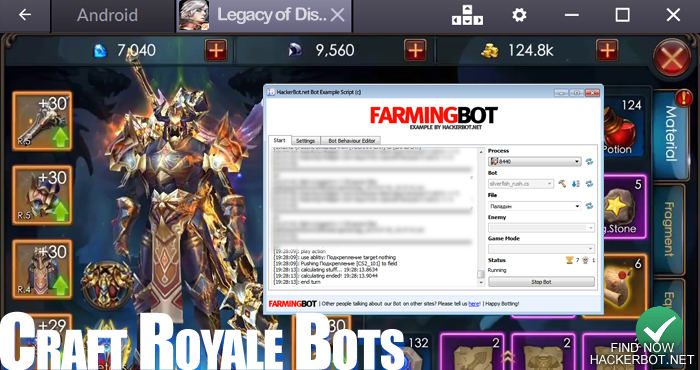 How to create your own Legacy of Discord Bot:

Is it legal to cheat in Legacy of Discord: FuriousWings?
Cheating in any game, including mobile, online games and action roleplaying games is 100% legal everywhere. People won’t love you for using cheats, but the worst thing that can happen is that your account is banned from the game. Beyond that there cannot be any consequences of any kind. To protect your Account from bans, please only Download LoD Hacks that are up to date and undetected at all times.

Are Legacy of Discord Money and Gem Generators for real?
No they are not. They are about as legit as tools that give you unlimited money on your bank account. Any tools that promises you the impossible is not legit and as already pointed out there are no possible money or item hacks for Legacy of Discord. So don’t trust the shady people trying to get you to download malware or fill in survey offers (human verification), because you will lose money and download nothing.